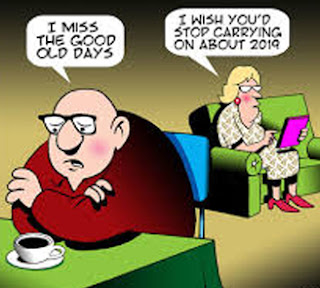 Festooned with an American flag it read: “I’m not a Republican or Democrat, I’m an American. And I want my country back.”

Alrighty, then. Hard to dispute with both parties busy throwing hand grenades at one another. But, wait. Which America did you want back?

Was it the America of the 50’s, when racial segregation was widespread and accepted as a way of life? Where you could be clubbed to death for standing up for your rights and your killer would walk free? Where women were expected to include the word “little” in front of their description, stand three feet back of their husbands and nod lovingly at every pearl of wisdom that dribbled from his mouth? And accept the fact you’d be paid half of what a man made for doing exactly the same work? And know you’d never have a voice in the decisions made in Washington D.C.? An America where you could lose your job and your livelihood based on an anonymous accusation that you were a communist. Is this the America you miss?

Or how about those fun loving 60’s? When we were killing tens of thousands of our young people (but not the sons and daughters of the wealthy) in a war that military experts knew couldn’t be won. A war that primarily enriched the obscenely rich owners of munition companies and other defense-related corporate welfare recipients? A decade where beating up queers was considered great sport and protestors were gunned down on college campuses for expressing their opinions? Are you a fan of political assassinations? We had gosh a plenty of those in the sixties. Do you long to return to those times?

Or jump ahead to the “greed is good” 80’s, (We’ll skip the 70’s. Disco music. ‘Nuff said.) Reaganomics, where the average American working stiff was fed the lie of “trickle-down economics” not realizing he was the one being trickled down upon by the obscenely wealthy people standing over the economic urinal. Oh, those were the days, alright. When girls were girls and men were men. Oh we could use a man like Herbert Hoover again! (God, I long for the Great Depression. When America was truly great.)

Here’s my point. Every period of American history was flawed in some way. That’s why the statement “I want my country back” is really delusional thinking. What I want. What I really, really want, is my country forward.

(They don’t call me “Pudgy Spice” for nothing.)

I want a country where laws and customs treat all people equally. Where you don’t have to worry about being pulled over for “driving while being black” if you’re a person of color.

I want a country where people are valued and respected regardless of their sexuality, religion (or lack thereof), language, skin color or place of origin. And where they don’t have to fear job or social discrimination because of any of those things.

I want my country to move forward and elect and appoint public officials based on their qualifications, not how large a donation they made to a candidate or how many millions they can afford to spend on fear-mongering campaign advertising. For example, we should have a Secretary of Education who has worked as a teacher and/or administrator in the public schools. And, oh yes, we should base national medical policy on science not politics and magical thinking.

I want an America where peaceful protest of all kinds is not misrepresented as being “disrespectful” or “un-American.” This country began as a protest. We should respect and value that principle. Looters and people, who damage property or harm others of course, should be arrested, prosecuted and serve jail time.

And, I want an America, going forward that acknowledges the contribution that immigrants and refugees have made to the texture of our nation, and encourages those displaced from their places of origin to feel welcomed here. Does that mean open borders? No. But it also doesn’t mean an expensive and ineffective wall that is strictly the product of political posturing and fear-mongering about a non-existent invasion by “them.”

My forward-looking wish list for America could go on for a lot longer. But, suffice it to say, I don’t long for “the good old days.” Instead, I hope we can come together and create “the good old days” for future generations.

Email ThisBlogThis!Share to TwitterShare to FacebookShare to Pinterest
Labels: A new America, Conspicuous patriotism, learning from our mistakes, politics, romanticizing the past, the good old days

Getting Past Pandemic Fears 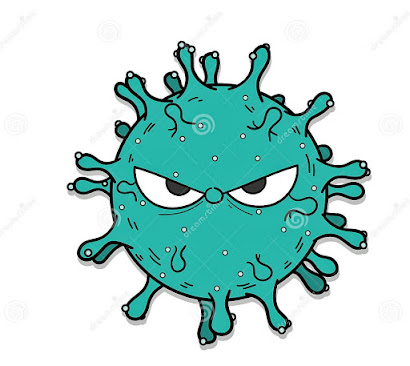 Fear can cause us to fight. But fear can also cause us to freeze. And early reports about the pandemic did that to me. Even with a mask and gloves and a pop-up dispenser of wipes, I was afraid to leave the house. Paralyzed with fear, I brooded about all the activities I was missing out on, took my temperature several times a day, and read every scrap of information that appeared in the paper or on the internet.

And then, because so many reports conflicted with others, I got a grip and forced myself to get past the fear. Quarantine days can seem to be all the same. To counter that, I made a plan and designed a structure for each day. My goal was to begin with anticipation and direction, and end with a sense of accomplishment.

The first step was to eat right and exercise to stay as healthy as possible. The pool and gym were closed, but I got out into the yard and out on the streets for a long walk every day. I raked and weeded and pruned. When it got warmer, I painted and planted. I tried new recipes and ordered meals I’d never tried from local restaurants to do my bit to help them stay afloat.

The second step was to create ways to generate positive feelings and feel I was making progress instead of marking time. I made a list of chores I’ve been meaning to get around to for years and, one by one, I got around to them. I cleaned and sorted and reorganized, I enjoyed the tasks because, with nowhere else to go and not much else to do, I was able to take my time.

The third step was to network close to home. While I was walking and weeding, I waved at and then talked to neighbors whose names I didn’t know. I learned their names quickly and now we have social-distancing get-togethers where we bring our own drinks and food and chat for an hour or two. We help each other by shopping and running errands, lending books, recommending movies and TV shows, and passing along advice and recipes.

The fourth step was to reach out. As I culled and reorganized, I sent photos and knickknacks and books to friends I hadn’t seen for years. They responded. I wrote back. Now, I begin each day by emailing about 40 people who live all across the country, in Mexico, and in Scotland. I send short essays about the hummingbirds at my feeder, stealthy ways to give away zucchini under cover of darkness, worst and best teachers, memories of life in the 1950s, etc. When people respond and react, I often share their comments. We have a sense of community.

The final step was to make a list of what’s really important to me now and another of what will be important when the pandemic passes. As it turns out, the same things are on both lists—health, friendship, and a sense of purpose. 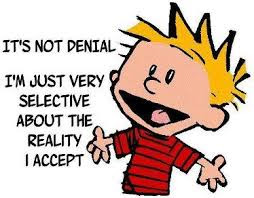 Posted by Deadly Duo, Duh Blog at 2:17 PM No comments: